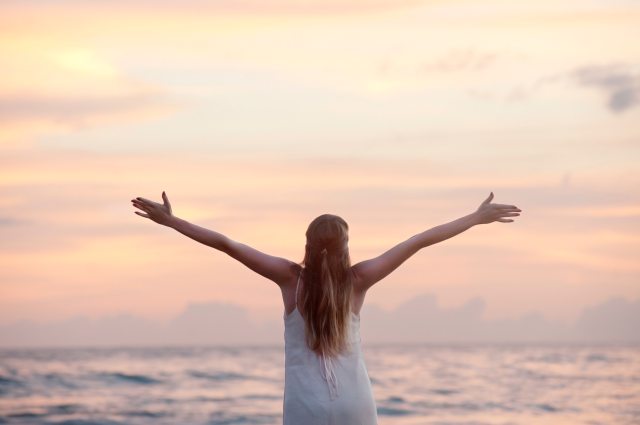 It is in the battle of my mind that I am defeated most often. I know I am supposed to take every thought captive (2 Corinthians 10:5), but my mind is busy and random thoughts pop in and out uncontrollably. Add to that my natural sin nature which is critical, prideful and selfish. Before I even realize that my thoughts are not of God I find my head in the gutter – stinkin’ thinkin’ in it’s purest form.

I’m training myself to think differently, more positive; consciously giving people the benefit of the doubt. It’s all perspective, right? Why would I be critical of someone’s clothes, shoes, car or hair? I have to respect that not everyone shares my opinion or my taste. Thank God for that too!

Furthermore, everyone has a story and if I am only processing thoughts based on an outward appearance, that’s pretty shallow. Sadly, I go there and admittedly, way to often. We don’t know what is happening in other people’s lives and I cant tell you how many times I later learn more about peoples circumstances and compassion overtakes me followed by shame.

Even the opposite is true. I see someone being blessed with success, awards, a great personal milestone or a celebratory event and I am truly and sincerely happy for them. Yet somehow my mind twists it and spins me into jealousy and covetousness or self deprecation kicks in. Why? I hate this about me and please tell me I’m not alone!

The bible tells us to rejoice with those who rejoice and weep with those who weep (Romans 12:15) and that we should do nothing out of selfish ambition for vain conceit, but in humility consider others better than ourselves (Philippians 2:3). Yet the apostle Paul says it best, “For I have the desire to do what is good, but I cannot carry it out. ” (Romans 7:18b) He concludes, “What a wretched man I am! Who will rescue me from this body that is subject to death?” (Romans 7:24).

There it is – a body subject to death.

Only one conclusion and one source of this… Sin nature. Some days I wonder what I would do if I ever met Eve. Would I punch her in the face or I put my arm around her and tell her that I forgive her because I am certain I would have done the same thing? Probably the latter, but seriously?! It’s ALL her fault… or is my sin kicking in again? Is it sin, at it’s deepest level that is on auto pilot to pass blame and make excuses?

So the remedy to sin is summed up perfectly in Romans 8: 29-30, “For those God foreknew he also predestined to be conformed to the image of his Son, that he might be the firstborn among many brothers and sisters. And those he predestined, he also called; those he called, he also justified; those he justified, he also glorified.”

We’ll get there, HE will get us there. He chose us (believers), He predestined us, He will conform us to be the image of His Son and we are justified (Just as if I’d never sinned) and we’ll be glorified.

Oh, Thank you God for grace!